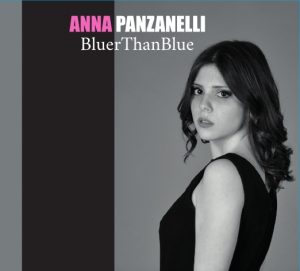 “Bluer than Blue” is the title of a piece composed by Lil Hardin, an extraordinary composer of vocal and instrumental pieces in the blues tradition, who was active from the 1920’s to the 1950’s. “Bluer than Blue” could also be a title of any of Laura Nyro’s songs, since each of her compositions are influenced by the blues.

In the music of these two composers, the blues is more than notes, form, and musical structure. It is a hot and intense emotion a simple and direct language. It expresses more than words alone.

To me, the blues is a way to express nostalgia and love.

These two eclectic musicians not only have the blues in common, but also their gender. The goal of this project was to find women composers, living on the boundaries of society, in a world of men.

Their music brought fame to other bands and other musical artists: Lil Hardin entered the music industry by creating material for her first husband, Louis Armstrong, whom she also managed. Of her numerous pieces, some received great fame and many were covered by other well-known artists such as Ray Charles.

Laura Nyro became famous in the 1960s. Her most well-known song is “And when I Die,” which she wrote when she was just a teenager. The song was covered most famously by the band Blood, Sweat, and Tears.

On this CD I sing five songs each by Lil Hardin and Laura Nyro and another song that to me represents the soul music of the 1960s, “Fool that I Am,” which was made famous by Etta James. All of these songs are reinterpreted in a highly personal way while being true to their original spirit. I hope you enjoy the result.